First, install conda. Then perform a one-time set up of Bioconda with the following commands:

Now you can use conda to install and use any of the packages available in bioconda.

The Bioconda channel is the primary output for users, but it takes a team of contributors and additional infrastructure to make it all happen. The entire system consists of the components illustrated in the diagram below. 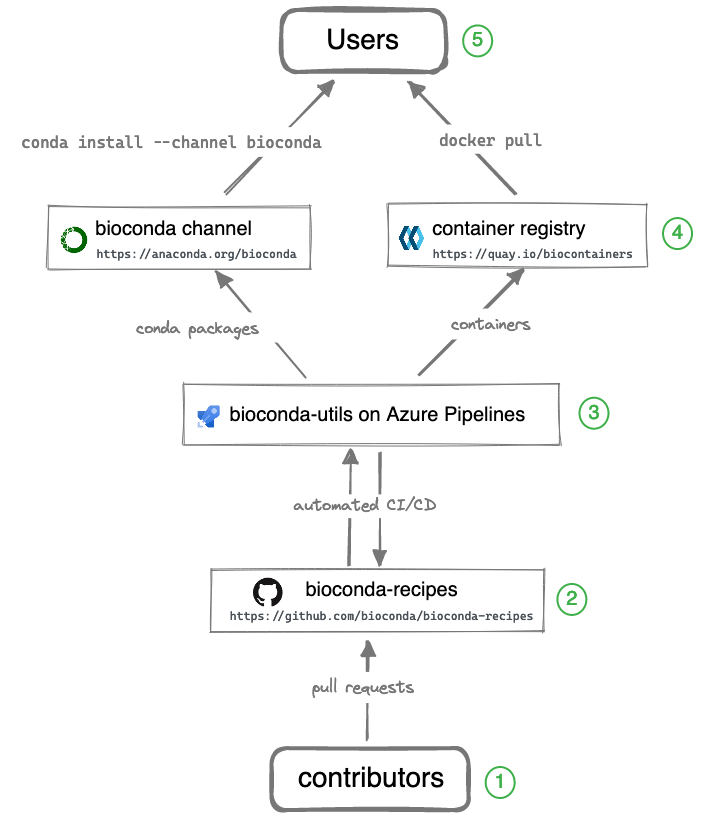 Legend (starting from the bottom):

① Over 1400 contributors who add, modify, update, and maintain recipes and packages

② A repository of recipes hosted on GitHub

The following plots show the recent usage of Bioconda in terms of number of downloads.

You can browse all packages in the Bioconda channel.

The Bioconda channel could not exist without support from:

Bioconda would not exist without the continuous hard work and support of the wonderful community which includes over 1400 (as of 2022) contributors.

Edit me on GitHub